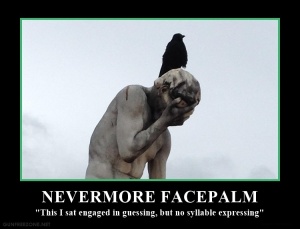 That story about 2 MAGA-hat-wearing Hillbillies in Streeterville (perhaps the most expensive neighborhood, in one of the Bluest cities in American) never rang true. (Even before the cops said they couldn’t find them on any security camera.) Streeterville is the very definition of the Limousine Liberal Set.

The two “persons of interest” that have been talked about turn out to be African American and known to Smollett. One is an actor he has worked with in the past.

TMZ also reported that police used “rideshare and/or taxicab records” to identify the “persons of interest” and to track their movements on the night of the purported attack.

And if “rideshare” records from Lyft weren’t enough, there is apparently a receipt for the purchase of clothesline at ACE Hardware. (The “rope” in question, apparently.) What? Nobody who is cool uses CASH!

Nothing says “Bonehead” like leaving an electronic trail behind you while on your super-secret, covert operation to discredit people you don’t like.

Smollett this week turned over “heavily redacted” phone records from the night of the alleged attack. Guglielmi said the submitted documents did not meet the burden of a criminal investigation. Investigators already received Smollett’s complete phone records via a subpoena served on his service provider, according to a source close quoted by CWBChicago on Feb. 4.

A source familiar with the records provided by the Empire star states that Smollett downloaded his phone activity into a spreadsheet and then deleted certain phone calls before handing over the records. “He did the [detectives’] job for them because then they only had to focus on the numbers he deleted.”

That last sentence makes me smile. In the words of Bugs Bunny, “What a maroon!”

There should be a nice hot cup of Schadenfreude ready soon, with a hint of liberal tears added for sweetness.

7 thoughts on “And Just Like That, The Smollett Story Begins to Unravel”