Due to stuff – like real life, and Ham radio conventions – we have a very abbreviated Saturday Links. 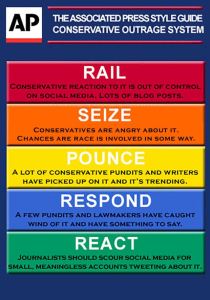 Ace from Ace of Spades HQ – Global Cooling..errr…Global Warming…errr…Climate Change! But Mostly Virtue-Signalling, Redistributionist Policies Of The Left The image is worth clicking thru.

The O.K. Corral – The Camouflage Cup

Attention alcoholics and borderline depressives, have I got a gadget for you! This is the Trinken Cup, whose sole function is to hide your open beer can in a coffee cup container. What could possible go wrong?

In a lunchtime talk at the National Firearms Law Seminar recently, I recounted three of my main observations about guns and gun culture in America. The second of these observations is: “Shooting is fun, and challenging.” It is fun, in part, because it is challenging.

The Other McCain with some advice on how not to be a pathetic loser. Guys, Never Do This

One thought on “Saturday Links”