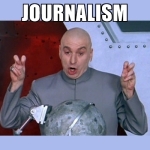 Because “How dare he try to hold protestors on the Left to account for their actions?” And because there is nothing like personal attacks when you don’t have any facts on your side. The Straight Pride Judge Shot Someone at City Hall Back in the Day.

40 years ago, he shot someone in self-defense, when he was an investigator for the DA. It obviously didn’t stop him from becoming a judge, but since they don’t like him, they have to smear him in some way.

The circumstances surrounding the shooting are pretty bizarre. Five men, including Hulme, were allegedly “kicking the tires” of an F15 fighter jet that was on display in the Plaza. When Sinnott walked past, an altercation began. According to a statement made later by the assistant DA, the men attacked Sinnott unprovoked, and he drew a revolver and shot Hulme in self-defense.

Oh, and those protestors, who were so “peaceful” that charges were going to be dropped by the DA? Most (all?) are charged with assault and battery on a police officer.

So, 40 years ago, someone that the Left and the media (but I repeat myself) don’t like did something that apparently was completely legal at the time, and would be probably be completely legal today. Exactly what conclusions are we supposed to draw from this, aside from the fact that media hate this guy?