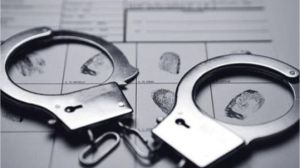 I’m guessing his day didn’t go the way he planned. Suspect shot then arrested following burglary call in Sherwood. And neighbors were shocked.

He apparently knew someone in the house.

The incident happened on Tuesday night at a home on Community Cove, according to an arrest report.

“The suspect was gone when we got there,” Sgt. Drew Edwards says.

Edwards says Calloway left the scene shortly after getting shot and took himself to a nearby hospital.

Cops arrested him at the hospital. The neighbors?

The crime has some neighbors shaken up, despite living in a place that they otherwise describe as safe.

“We’ve got police cars that come down through here two or three times a day,” Vicki LaSpina says, who lives just a few blocks away from where it happened.

Because they didn’t realize they were living in The Real World™ where crime can and sometimes does happen. Oh, and self-defense is a human-right.